It isn’t a surprise that INTPs and INTJs are often bunched up together as the “logical ones”. Some would even refer to them as robots with the way they look at the world.

Just as they are similar, INTPs and INTJs have a vast amount of differences. Though difficult to tell at first, once you know the fundamentals of each personality type, it will be easier to determine which one’s which.

INTJ is the patient visionary clear what the future should look like and will act with quiet logic to make it happen. The INTP is deeply intimate, difficult to recognize, and extremely independent. INTPs suffer from emotional distress but can read a lot of people less than they want to be.

INTP love logic and the obsession for right logic is an indicator of being an INTP. An INTP struggles with emotion and will struggle with emotion but is very good when learning people and is very independent. An INTP is extremely private and very independent and very difficult to know about persons and their work. An INTJ loves an intellectual challenge and is fascinated with the abstract.

How do you describe an INTP personality?

The INTP is the known logician or the thinker among the 16 Myers-Briggs personality types. The following are essential points surrounding the INTP MBTI type.

INTP’s Function Stacks (arranged from most dominant to least)

In most cases, due to the way INTP individuals choose logic over feelings, they find it difficult to express their own emotional side, even going as far as being insensitive without knowing, at times.

This fact also makes them relatively more difficult to get to know. Their thirst for thinking outside the box also makes it difficult for them to follow rules.

How do you describe an INTJ personality?

The INTJ is the known architect among the 16 Myers-Briggs personality types. The following are essential points surrounding the INTJ MBTI type.

INTJ’s Function Stacks (arranged from most dominant to least)

– INTJs like looking at the “bigger picture” over poring over minuscule details.

– INTJs tend to want their world to feel “controlled” and “organized”, making them excellent planners.

– INTJs prefer logic over emotions when it comes to decision-making and information-gathering.

Because of their intense organization and perfectionism, INTJs tend to have high expectations for themselves and for the people around them.

They are overly analytical and are quite difficult to get to know emotionally due to the way they dislike talking about feelings. They tend to be straightforward to the point of being insensitive, but they themselves take criticism well. INTJs also tend to be self-confident, as long as everything is “in place”.

Are INTPs better than INTJs?

If it were all up to a vote between the INTPs and the INTJs, the INTPs, which make up around 3% of the population, will win against the INTJs due to sheer quantity, with the latter only making up 1.9%.

Of course, having both parties decide which type is “better” wouldn’t be fair. As with all the other MBTI types, INTPs and INTJs each have their own strengths and weaknesses. INTPs are generally better at

How do I recognize an INTJ versus an INTP?

In summary, INTJ is a true-talker with clear communication qualities. INTP generally is somewhat less assured than an INTJ in challenges of claims by different sources. They do have Extravert Intuition which can make it challenging if the child goes unnoticed.

To that point, it could take you a while to recognize one of these intelligent INTPs that are more comfortable in asking specific questions and not making conclusive claims. Inferior Cognitive Function called Extraverse Thinking occurs in the INTP’s inferior cognitive function.

Due to their Extraverted Feeling, INTPs can be uncharacteristically emotional when stressed. They can suddenly explode with anger, or throw tantrums, even go on self-sabotaging sprees.

INTJs, on the other hand, tend to rely on their senses to help them cope, thanks to their Extraverted Sensing. They feed their senses with various stimulants, such as food, movie marathons, 12-hour video game sessions, and the like.

INTPs love exploring ideas and are known to be any group of friends’ devil’s advocate in conversations. They want to know all the possibilities of a given scenario and are interested in getting to know a vast array of theories revolving around the topic at hand.

INTJs, on the other hand, would rather get the job done instantly. They are productive and efficient individuals and are usually adamant about their plans being done in record time. Each step of their process tends to be very deliberate and calculated.

INTPs are more rebellious than INTJs.

INTPs, though passive, have quite a rebellious mindset. They don’t like being “boxed in” by sets of rules due to the creative nature of their thinking process. They usually like questioning authority, albeit silently.

INTJs are very goal-oriented and driven. They tend to follow pre-established rules to get the job done, mostly without questioning why they’re there, especially if they align with their goals.

INTPs are more random and quirky, while INTJs are more straightforward and decisive.

Asking an INTP what they want to eat might result in a spur-of-the-moment choice or a “whatever works”. INTJs are more pronounced with their decisions, even with the less important decisions.

INTPs tend to be quirky when they get comfortable with a group of people, while INTJs, despite being notably “difficult to please”, are known to be very caring once you break through their outer shell of high expectations.

INTPs also tend to have a wide variety of interests, while INTJs tend to be fixated deeply on a few interests.

Both INTJ as an INTPP and an INTP can come as arrogant. The surface understanding explains what happens within both groups. An INTP is constantly scouring for the cleanest data possible because they are not able to even prove their findings. An immature INTP will appear as a power in all subjects if they are correct and you’re wrong.

The more mature INTP becomes the more they are thrilled when being proved wrong. As an INTJ there is little security about being right. The insecurity that INTJ face is more of a well-hidden secret. If you’re trying to decide the type between INTP and INTJ question yourself: you’re more put off by being.

Driver processes is the first point of contact of the mind and the principal lens through which everything in life gets filtered. For an INTJ this dominant process is Introverted Intuition but we named it “Perspectives”. If all fails then it’s up to us to draw conclusions internally. An INTP will unknowingly look at the person to determine whether they could know or cannot be trusted with information.

In reality, humans are not living their life according to stereotypical perspectives. INTJ is a ‘zone when learning and thinking creative thoughts. If external influences are not organized then there are chances the creativity flows may be stopped. Just because an organized external world is better than an ITNJ is not necessarily an inconvenience. Many times it is much easier for someone else to handle the details, letting them focus on other essential work. It is also more important to organize than letting someone else handle the most important tasks. It wasn’t always at time.

INTP and the INTP’s dominant cognitive function is introverted thinking. It’s a decision-making role that functions by setting a framework and finally filtering all the information. For the INTEI, it refers to the term introverted intuition which is what perceives and applies data through the ability to observe patterns forming in their minds. I think INTJ has more importance for the inner creative process. Unlike INTPs, they are looking for data that may cause confusion but find patterns that match your needs. INTJ’s standpoint on the information issue is related to those involved.

INTJ’s plans are organized, structured, and built upon concrete facts. INTPs always know where to go and why. They focused on the future and freedom of movement guided him in understanding how people working together can work out what happens for people and how things can work together. The more complicated the idea the more ITP will like it. INTPs are experts at transforming concepts into complex ideas. INTJs is a strategist and good planner. They know where they want to go and map tentative steps that lead them to their goal. INTP is focusing on the belief in your innate ability to control your own decision-making for the success or failure of your goals.

INTJs are extremely intelligent people that possess vast knowledge in varied fields. Their creative nature coupled with strong intuition influences their method for collecting information. INTJs overlook information they think isn’t helpful and begin developing a detailed plan with this information left. In contrast, INTPs collect all of the information collected plus all new information and insight as they occur. There’s always a new addition in the information collected for INTP ‘in a global plan there’s always a new addition from that database. A complete data collection can be collected on an INTP database and any updated data not available for an INTP.

The biggest giveaway between INTI and INTJ is personal grooming. In this way, An INTP is not the best groomed personality while INTJ is often put together.

INTPs always ask about the most precise data because they can’t prove an assumption. INTJs are happy after the truth is being proven wrong… but they do not experience this every day. The most noticeable anxiety for INTJs is their mask-worn intensity — the worst kept secret to most people who get to know them. If one of the two INTJ felt emotionally damaged and hurt by another they were very defenseless. Generally, they will learn to reject painful feelings to the point of insidious indifference.

Can I be both INTJ and INTP?

In the rawest sense, since INTJ and INTP share the Introverted (I), Intuitive (N), and Thinking (T) aspects, the Judging (J) and Perceiving (P) aspects are what set them apart. It is important to note that each aspect of the Myers-Briggs types are not quantified in binaries, or aren’t seen as just black and white.

Each opposing aspect is on a spectrum, with any person ranking a percentage in between, depending on which aspect they lean towards. For example, you can be 30% Introverted– or 70% Extraverted, which means you lean towards the latter than the former.

This means that some people exist in the 50/50 area– those who seem to be in the middle of being both an INTJ and an INTP. These people tend to fluctuate between both behaviors the types may uphold, rarely expressing any extreme behavior that would classify that they are one over the other. 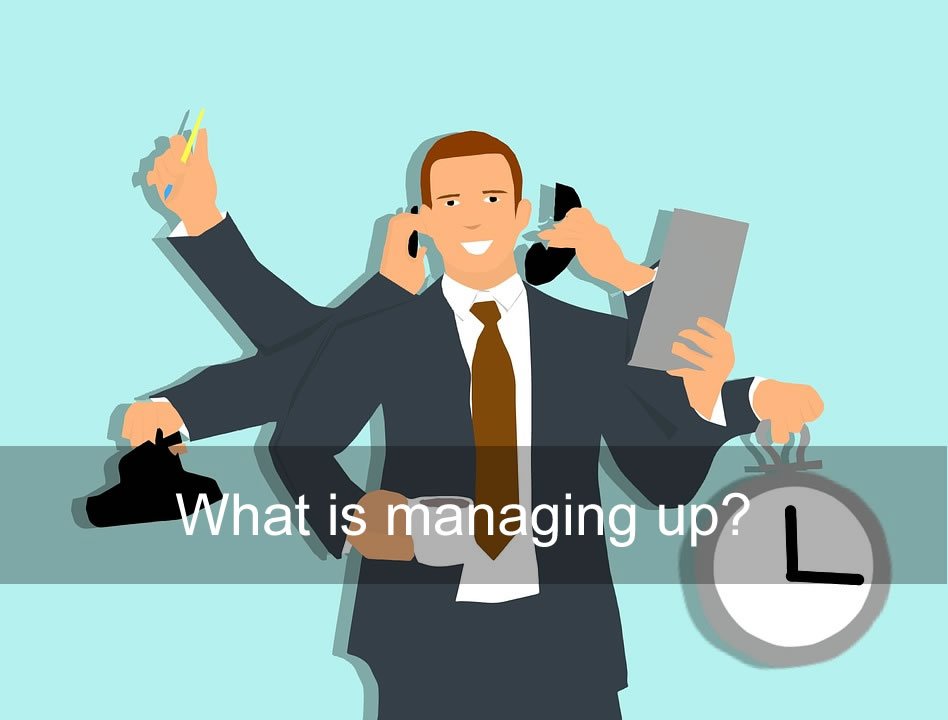 What is managing up? 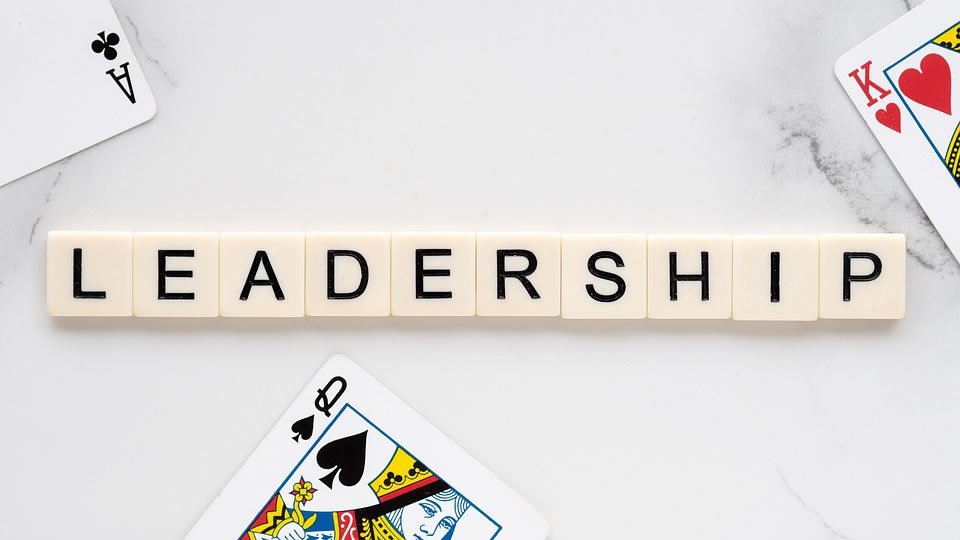 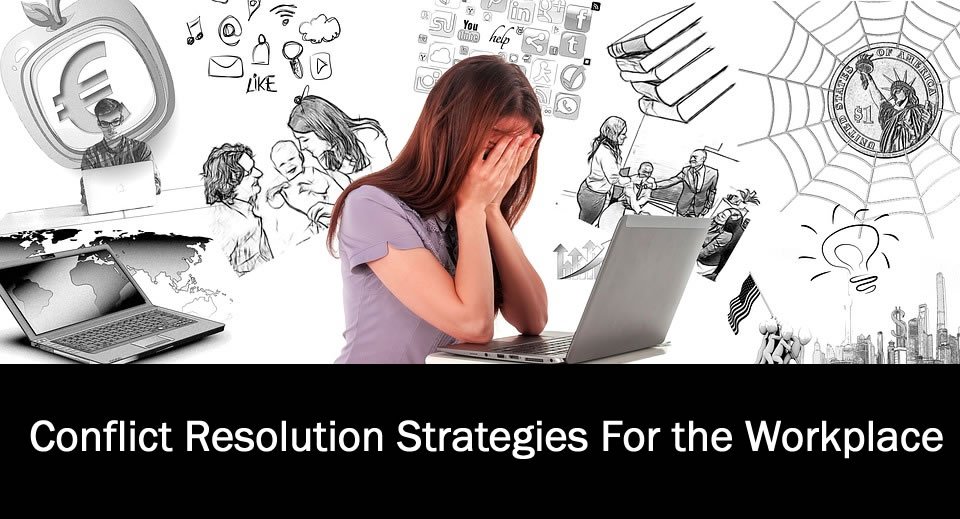 14 Conflict Resolution Strategies For the Workplace